Coral reefs around the world experience disturbances such as bleaching events, overfishing, and nutrification, which often facilitate the growth and proliferation of algae. 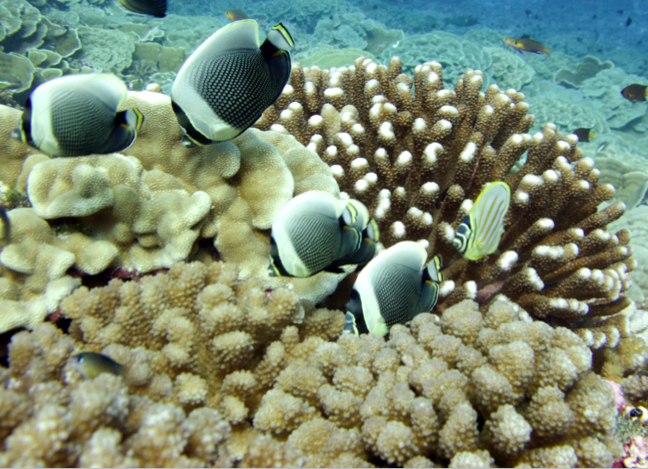 Coral reefs around the world experience disturbances such as bleaching events, overfishing, and nutrification, which often facilitate the growth and proliferation of algae. This algae can host toxic epiphytes such as the dinoflagellates Gambierdiscus, Ostreopsis, and Prorocentrum spp., which have been implicated in ciguatera finfish poisoning (CFP) in people, as well as promote other microbes (viruses, bacteria, etc.) associated with coral disease and mortality. Previous work has shown that the community composition of these microbes may be influenced by the presence of algae, and may respond differently to different algal species. These effects of algae on microbes may be mediated on a regional (reef-level) or local scale (i.e. in direct association with an alga). We plan to investigate the relative effects of reef-wide algal cover and species composition vs. the local effects of adjacent algal cover and species composition on the community composition and densities of reef-associated microbes, including ciguatoxic dinoflagellates. We will conduct this work at five sites at each of two islands in French Polynesia, Moorea and Magareva, which vary in their algal cover, as well as in their incidence of ciguatera poisoning. At each of our sites we will survey the benthic habitat to determine its community structure. Additionally, we will collect microbial samples from the surfaces of corals, turf algae, common fleshy macroalgae, and from dinoflagellate settlement substrates that we will deploy for short (24 hour) periods of time. This will allow us to determine whether specific algal species and/or reefs that are more heavily dominated by algae facilitate shifts in microbial communities, particularly to microbial members that reduce coral health, or that lead to ciguatera poisoning in people. We will also be able to determine whether certain microbial members tend to associate with one another. Our findings will improve our understanding of the drivers of microbial communities on coral reefs, and will have implications for our understanding of factors that may influence the health of corals, humans, and other organisms that live in or depend on reefs.